Salvaged materials used in artworks is common in art practice and one can trace the usage of ready-made objects from by Marcel Duchamp in the 1910’s. The use of rubber tubes from tyres for Quirkyboard Auliya & Anbiya: Form of Love is similar in context. As the artist's main mode of transport is a motorcycle, the material is close to the artist. With punctured tyres a constant, rubber tubes are a regular maintenance item.  By upcycling the used rubber tubes, the artist, Zairin then combines his art practice with this readily found material.

To Zairin, life as an artist is far from ‘dandy and luxurious’. As a struggling artist with a limited budget, his priorities could not include toys for his beloved daughter. Through his creativity, he has successfully fused his ideas to creating play toys for her. Thus, Quirkyboard Auliya & Anbiya: Form of Love not only shares his current explorations in his practice but also serves as a dedication of love from a father to his daughter. 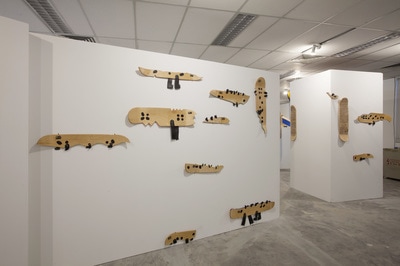 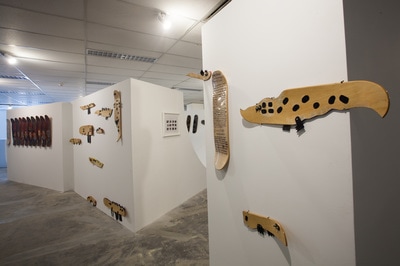 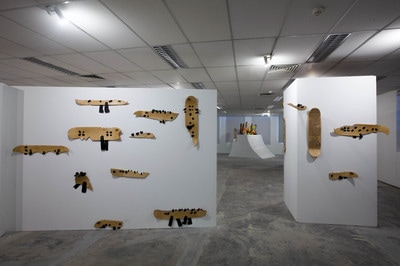 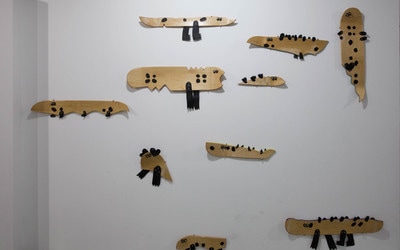 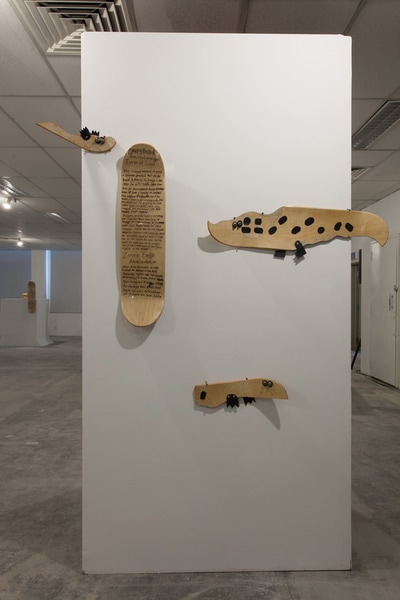 Zairin Anwar (1986 - 2017) received his Masters in Fine Art & Technology in 2014, but has already participated in many shows including Open Penang and A Glimpse Through Our Heritage at the Penang State Art Gallery in 2009.