Better Apart
2016
​
Five individual portraits of characters populate a fictional “tribe”, based on the artist’s studies in clans and social movements. Heavily influenced by skate culture and its associated visuals, skateboarding has played a tremendous role in Speak Cryptic’s practice.

​That Better Apart is presented on skateboards, signaled a homecoming – a conceptual return to his roots, in a homage to a culture that has molded most of his aesthetic sensibilities. 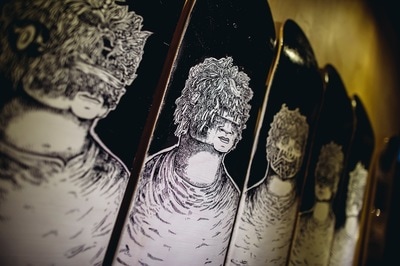 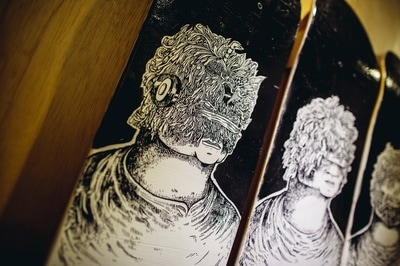 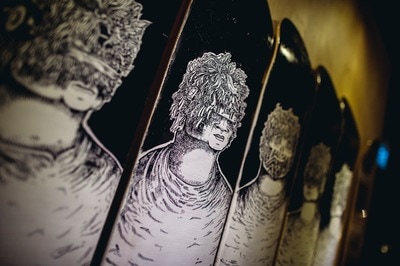 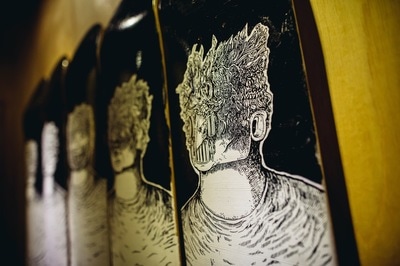 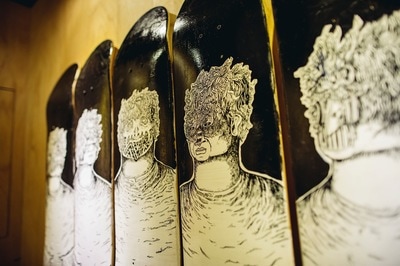 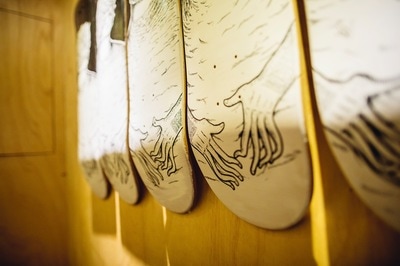 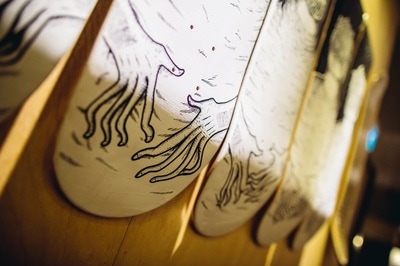 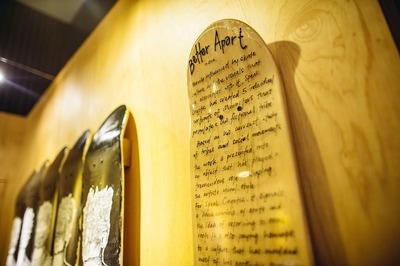 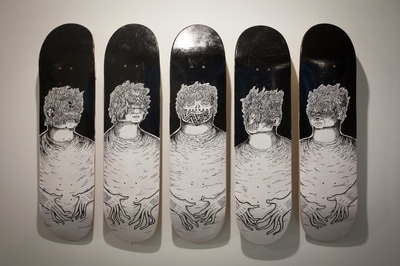 Farizwan Fajari (b.1980), professionally known as Speak Cryptic, is a visual artist working and living in Singapore. Inspired by the visual language of comics and underground music, his works primarily deal with the issues concerning the human condition.

Speak Cryptic utilises personal iconographies, along with a cast of characters developed over the years, to create narratives inspired by his observations of current affairs and his immediate environment.