In Between broadly discusses the concept of Chinese fundamentals of the Yin & Yang (dark and bright) - how the opposite or contrary forces are complementary; ‘Yin’ representing the 'shady side' while ‘Yang' represents the 'sunny side'. Here the artist applies this concept referencing war and peace; something inseparable yet contradictory, as all other things created in this world.

The portrayal of the Koi fish or more specifically Nishikigoi, metaphorically represents the good fortune, prosperity, longevity, ambition and perseverance that most people, especially those controlling the system, use to make the world a better place. 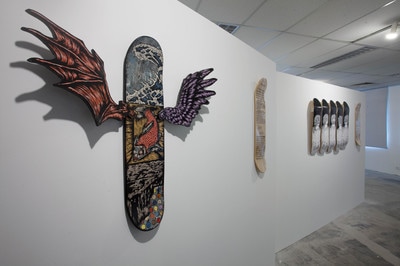 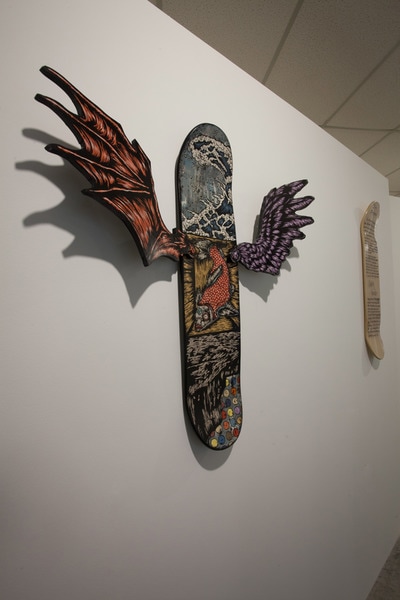 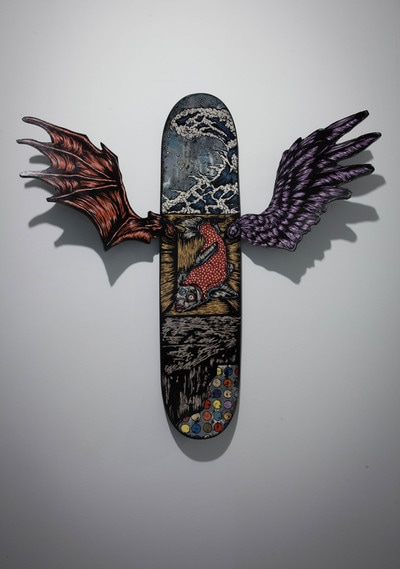 Shafiq Nordin (b.1989) developed an interest in art in primary school, where his mediums of choice were school exercise books and 2B pencils. He has since grown into an artist with a full-fledged passion, featuring in shows across the world from Turkey to Australia, Singapore to Germany. In 2012, Shafiq received the Vice Chancellor Award, and the Malaysian Emerging Artist (MEA) award in 2014.