Pepatung is closely related with the artist’s childhood recollections of the dragonfly. As a child, the dragonfly used to be one of the many articles he used to play with in his past time. Children, including the artist himself, used to cut off the wings of the dragonfly; an act of mischief that was regarded as entertaining amusement.

This memory remains with Sabihis, as he realises today that there are no more dragonflies flying around his kampung (village) like before, a result of the changes that has occurred to the landscape. To the artist, the man with the mask symbolises his different identities, as well as the strength of man. 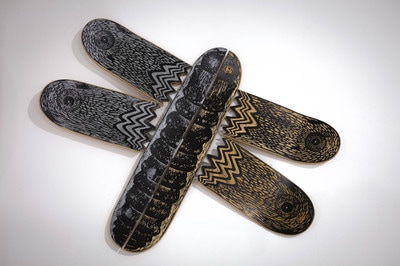 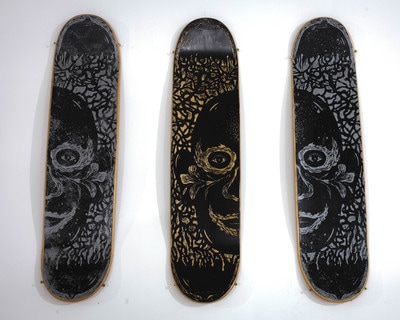 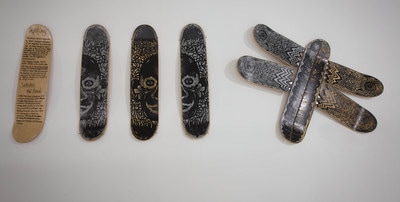 Sabihis Mohd Pandi (b. 1988) was one of only five award winners at the Malaysian Emerging Artist Awards in 2013, with a woodblock/woodcut print entitled Awang Hitam. In 2014, he received the bronze award at the prestigious UOB Painting of the Year. Since then, Sabihis has participated in numerous exhibitions held around the region, like Bazaar Art Jakarta 2015, Interface at Taksu Singapore, with a piece held in the collection of the Gwangju Art Museum in Korea.