​Limb from Limb appropriates the local myth ‘Singapura Dilanggar Todak’ (The Swordfish Attack on Singapore), specifically the scene where the king commanded his men to stand along the coast, in an attempt to use their legs as a shield against the attacking swordfish. The resulting casualties were massive.

Izdi sees this as a representation of how skateboard culture never backed down despite its rejection from the mainstream. Like the myth, it has continued through generations, and has instead been an inspiration in art, fashion, music and lifestyle. More than a mode of transportation, it’s a statement and philosophy. 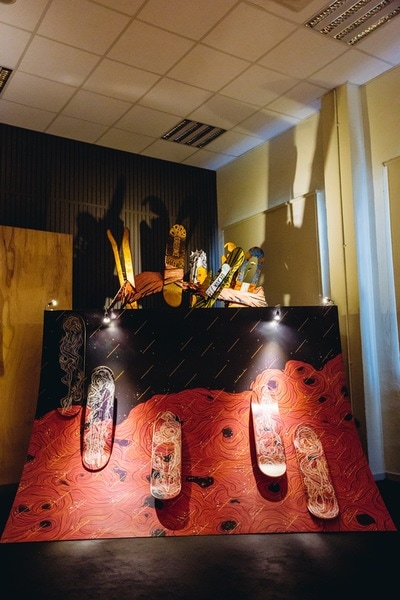 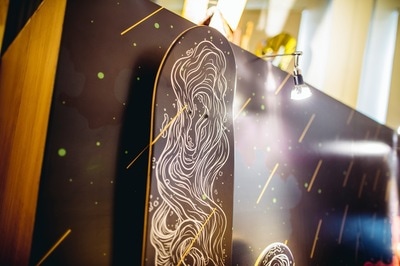 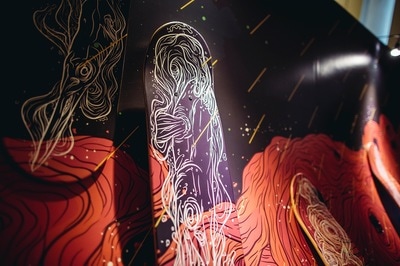 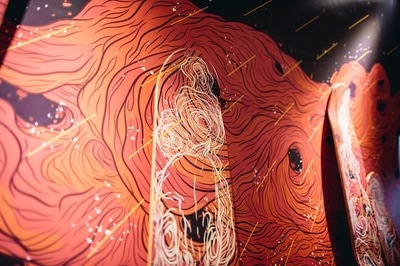 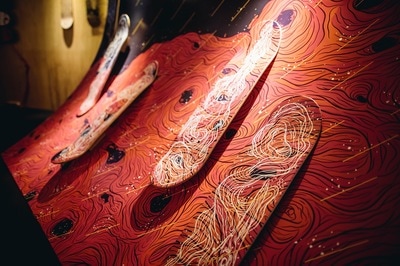 Muhammad Izdi (b.1986) is a visual artist with an ever-evolving practice. A graphic designer who cut his teeth as the lead designer for contemporary art institution, the Singapore Art Museum (SAM), Izdi also co-founded Knuckles & Notch, a Risograph press in Singapore, along with two other independent artists.

Since Izdi’s metamorphosis from designer to artist, he has taken part in two international exhibitions as part of the Singapour en France - le Festival: Art Garden (2015) at Gare Saint Sauveur, Lille, and Open Sea (2015) at Musée d’art contemporain de Lyon. In 2017, Izdi launched his first solo show The Brown Dabble at Chan + Hori Contemporary gallery in Singapore.
​
His art is largely influenced by his fascination for comics, action figures and contemporary popular culture. The imagery in his work often features and blends influences from folklore, ghost stories, skate culture and notions of the sacred.