Black Flag
Chinese ink on paper mounted on skateboard
80 x 66 cm
2017
Black Flag is the artist’s tribute to one of the most influential hardcore punk bands from America. The band, of the same name as the artwork, was instrumental in the mid-1980s as they championed American counter culture, receiving the support of skateboarders all over the world. Fronted by vocalist Henry Rollins, Black Flag is still playing today and continues to assert their fight for counter culture.
The work is anchored by the band’s logo; originally designed by Raymond Pettibon. Paquelier’s drawings combine various motifs to complement the logo, fleshing out various elements associated with the band, and the scene at the height of Black Flag’s popularity in the 1980s. 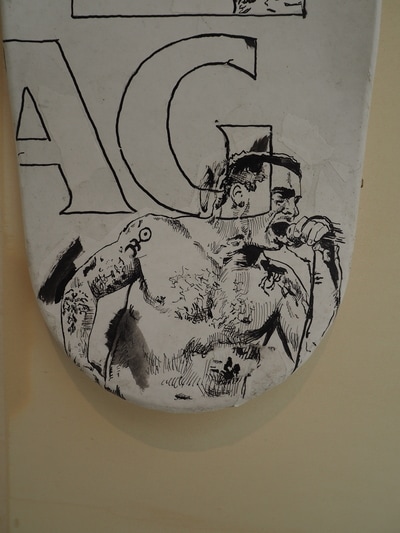 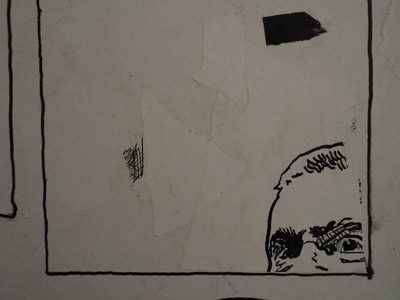 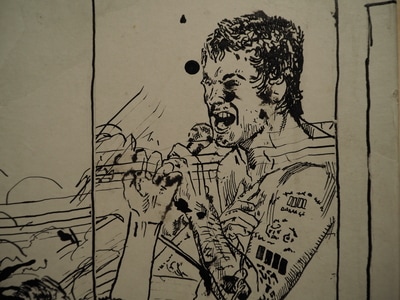 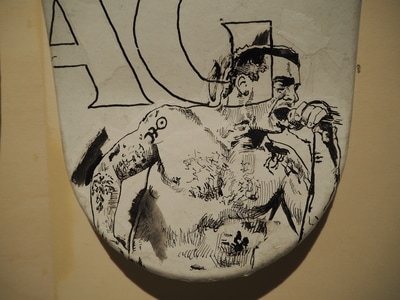 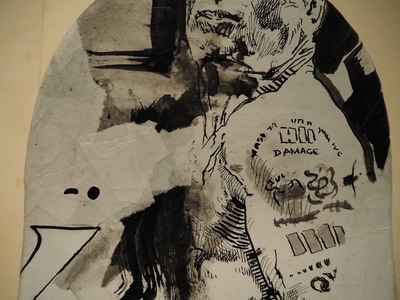 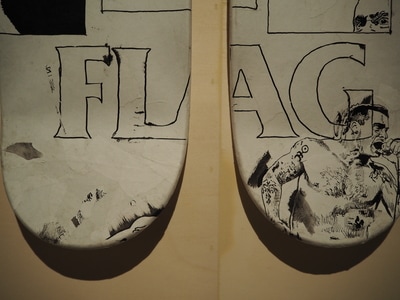 ​Ludovic Paquelier’s (b.1977) practice has developed over the years looking into visually telling stories from magazines, advertisements, movies and many other media platforms. These selected imageries become the driving force behind his drawings and paintings, in black acrylic on canvas and walls.

The artist create universes that showcase the different visual elements. His works share a very science-fiction like character, weaved with various dangers and with ghost towns. Ludovic’s artworks are enumerated in an enigmatic, cinematographic atmosphere.