Watchers
Video
2017
For the video installation Watchers, artist Amelie Berrodier took an exciting approach towards the viewing of skateboarding videos. Instead of the usual videos demonstrating skateboarders in action; performing a multitude of tricks on the streets and the skate parks, here, Berrodier reverses the role of the muse. Instead, the video is focused on the spectator; wonderfully capturing the gaze of the keen observers.
​
The spectators and viewers are often not documented, nor given much attention. In Watchers, Berrodier focuses on the emotions and reactions of the spectators; all of whom are skateboarders, attentively paying full attention to their peers in action. The slightest reaction in their expressions suggest the dedicated focus given; possibly studying moves and tricks that they see, and considering ways to include the trick in their next skate session.
​ 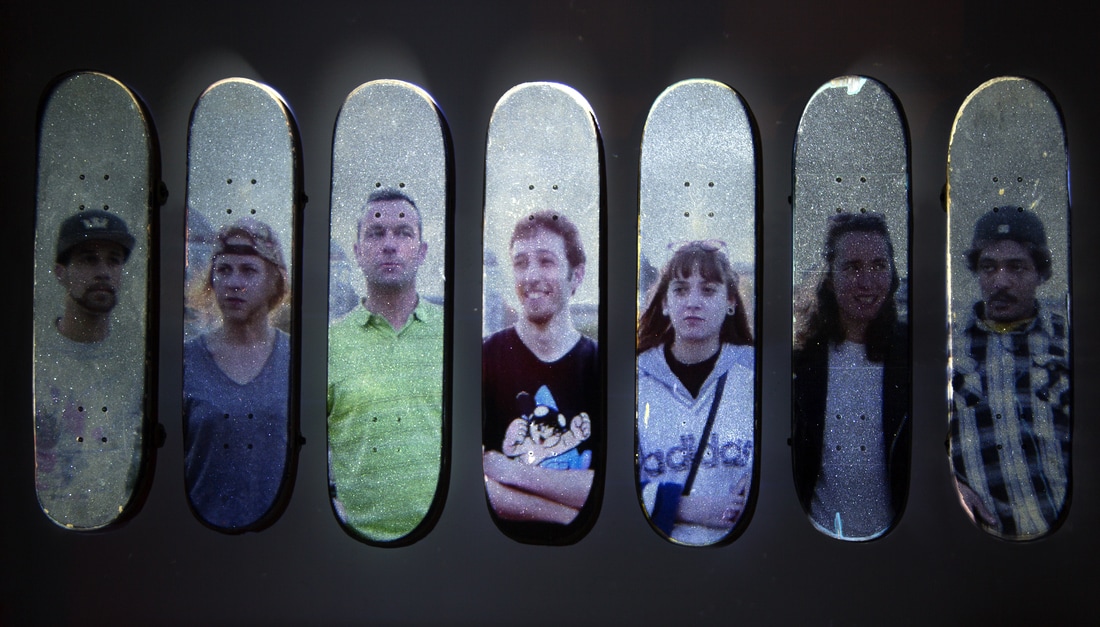 ​In this hyper-connected world, notions of intimacy, identity, privacy, personal or public space are often blurred by the continuous flow of images. Videographer and photographer, Amélie Berrodier (b.1992) operates against the current, and as for a "return to the banal", makes collections in the daily. She selects imperceptible figures and "territories" that are revealed by the sensitivity of her objective.

Amélie Berrodier is a young filmmaker and visual artist. Through a documentary-like approach, she focuses on the everyday life and what is often called the "banality" of things. The heart of her work is the chafing transition between the private sphere and the public sphere. The artist develops simple rules that she uses to observe, with the apparent neutrality of a documentary approach, the complexity of the feelings and behaviors that underpin relationships with others.